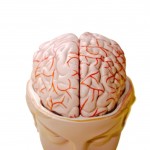 The ability to impact neuro-degenertive disease is determined by early identification. When identified early, lifestyle strategies can be implemented that not only impact the potential progression, but also develop positive changes to help the brain maintain healthy function. The current conventional healthcare model offers very little hope for brain degeneration that has progressed to end-stage disease, such as dementia, Parkinson’s, and Alzheimer’s. Brain degeneration is a progressive condition. The only hope a person has is early detection so that significant changes can be made to avoid the horrors that lie ahead.

The incidence of brain disorders is on the rise. Not only do one in eight senior citizens develop Alzheimer’s but also one in eight children are diagnosed (or misdiagnosed) with a brain development disorder, such as autism, ADD, and ADHD. It is estimated, world wide that  24 million people have dementia. This number is predicted to double every 20 years. Anxiety disorders, learning disabilities, and depression are more prevalent today, while symptoms of poor brain health like sleep disorders, brain fog, mild depression, moodiness have become almost commonplace. Antidepressants (which will fix nothing and do more harm to the brain) are now the second most commonly prescribed medication in the U.S..

Hippocampus: involved with your circadian rhythm, or the sleep-wake cycle that is responsible for healthy energy in the morning and relaxed state at night. 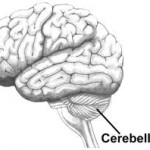 Calibrates muscle coordination of movement when you do basic actions, such as putting a spoon in your mouth.

Symptoms and signs of cerebellum degeneration: 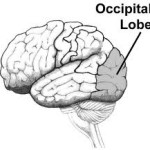 What affects brain function and can cause brain degeneration?

I will be discussing each of the below topics in future articles.

Dr. Foley is an Advance Nutritionist/ Chiropractic physician that specializes in nutritional rehabilitation of chronic and hard to manage health conditions. He has practiced over 24 years, lecturing weekly on how to get rid of belly fat, Hypothyroid, Hashimoto’s Autoimmune, Gluten Sensitivity and many other health topics. You can listen to Dr. Foley every Sunday  at 2:00 PM central time on his radio show “The Natural Health Care Show”  on 99.7 FM  Nashville, TN or on the internet “live” at  www. 997wtn.com. Past shows are available on his website. Dr. Foley takes a natural approach that is safe and effective. All health care programs are tailor made for the individual person. You can contact Dr. Foley at 5602 Nolensville Pike Nashville, TN 37211 Office Phone: (615) 333-0021 or drbjfoley@comcast.net or www.Facebook.com/Healthandwellnesscenterdrfoley or Twitter @Drfoleybrian