How Healthy is it to Drink Cow’s Milk ? 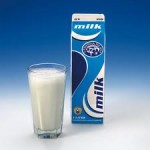 Due to the extreme processes that milk undergoes, as well as the high amounts of antibiotics, hormones, and genetically-modified substances that cows are continually exposed to, I can, with much certainty, say that there are real and eminent dangers associated with drinking milk from cows. All cows release toxins through their milk, as milk is a natural exit-portal for substances that the body cannot use.

Here are just a few of the artificially-engineered components found in the average glass of non organic pasteurized and homogenized milk on the American dinner table:

Nerve and epidermal growth factors, and the growth inhibitors MDGI and MAF.

Pus: National averages show at least 322 million cell-counts of pus per glass! This is well-above the human limit for pus-intake, and has been directly linked to paratuberculosis bacteria, as well as Crohn’s disease. The pus comes from infected udders on the cows known as mastitis.

Blood Cells: The USDA allows up to 1.5 million white blood cells per milliliter of commonly-sold milk Yes, you are drinking cows blood in the milk and the USDA allows this!

Antibiotics: Currently, cows are in such a state of disease and mistreatment that they are continually being injected with antibiotic medicines, and rubbed down with chemical-laden ointments to deal with their chronic infections. Currently, regulating committees only test for 4 of the 85 drugs in dairy cows. This means that the other 81 drugs in cow’s milk are coming directly into your glasses and bodies. Estimates show that 38% of milk in the U.S. is “contaminated with sulfa drugs or other antibiotics,” according to a study by the Centre for Science in the Public Interest and published in the Wall Street Journal on December 29, 1989. A study from the FDA data showed that over half of all milk was laden with traces of pharmaceuticals yet nothing has been done to control this.

How Does This Affect the Cows?

Furthermore, not only are people drinking in these toxins, we are also taking in the energetic effects of the life of the cow. Studies show that many cows are infected with incredibly painful inflammatory infections such as mastitis. Due to over-milking, artificial hormones, bacteria and medications, cow’s udders can become chronically inflamed, thus altering the color and taste of the milk.

Over time, this bacterial invasion causes harm to the cow’s mammary gland, reeking havoc on the milk being produced. From parasitic worms to cancerous tumors, these diseases are often passed along to the next generation of cows, and more often, into the milk we drink.

Even more, the conditions in which cows live, as well as the rigorous milking regimes, cause dairy cattle to live in a permanent state of sympathetic (stress) response, as well as adrenal over-load. When our adrenal glands are overworked for long periods of time, there is an overload of cortisol in the blood. When we drink this milk, we are then exposed to the millions of stress-response cells in the milk of cows. It is no wonder that we are a chronically-stressed society!

How to Avoid Dangers Related to Cow’s Milk

In conclusion, it might be a good idea to take a cleansing break from dairy. Here are some ways to avoid the dangers associated with cow’s milk:

If you do insist on drinking cow’s milk, make sure to buy only the non-genetically modified, range fed, organic raw versions. Even better, talk to your local organic farmer to make sure the cows are treated kindly.

Eat less cheese and always buy organic versions when possible  Goat’s cheese is always the best for you!

Dr. Foley is an Advanced Nutritionist/ Chiropractic physician that specializes in nutritional rehabilitation of chronic and hard to manage health conditions. He has practiced over 24 years, lecturing weekly on how to get rid of belly fat, Hypothyroid, Hashimoto’s Autoimmune, Gluten Sensitivity and many other health topics. You can listen to Dr. Foley every Sunday  at 2:00 PM central time on his radio shows “The Natural Health Care Show”  on 99.7 FM  Nashville, TN or on the internet “live” at  www. 997wtn.com. Past show are available on his website. Dr. Foley takes a natural approach that is safe and effective. All health care programs are tailor made for the individual person. You can contact Dr. Foley at 5602 Nolensville Pike Nashville, TN 37211 Office Phone: (615) 333-0021 or drbjfoley@comcast.net or www.Facebook.com/Healthandwellnesscenterdrfoley or Twitter @Drfoleybrian
This entry was posted in Blog, Gut Health, Heart Disease, Weightloss. Bookmark the permalink.