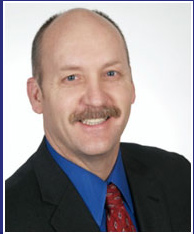 I want to share with you and others why I am so excited about Nutritional Response Testing℠. I always felt the need to help people and in 1978, I developed a  mid-back condition. The discomfort and pain became so bad that I was unable to sleep at night. After I told my father what was happening to me he suggested I go to his chiropractor for help. I asked him what the chiropractor could do for me and after waiting three months to get an appointment, I found the answer to my own question. During my first treatment with the chiropractor, I felt “instant relief.” I had never experienced anything that worked so fast or perfect and get the result I had.

I asked him what I would have to do in order to become a chiropractor and he offered to call the college and ask them to send me some information. I was fascinated with chiropractic and hooked to the idea of being able to help people without surgery or drugs.

Little did I know at the time, becoming a chiropractor required eight years of schooling: four years of pre-med and four years once I was in chiropractic college to get my Doctorate Degree. Time wasn’t of importance; all I cared about was becoming a Doctor of Chiropractic.

I graduated from Palmer College of Chiropractic in 1986 and started my first practice in Winchester, TN. I was able to help a lot of people through chiropractic.

I was contacted by a doctor from Texas whose son lived in Nashville. While working on a construction site, his son passed out, was rushed to the hospital, and stayed for two days. The doctors could not find what was wrong with him. He was in a coma and they thought he would not make it. His father wanted him to have some chiropractic treatment, but the hospital does not allow chiropractors to come in and treat; so I went into the hospital to see him as his spiritual advisor. When I arrived he was in bed unconscious. I felt his neck and a bone in his neck felt like it was out of place — a mile out of place. I adjusted his neck, he made a sigh of relief and the color came back to his face. The next day he woke up and they moved him out of intensive care. I adjusted him three more times in the hospital. The last time I saw him, he was sitting up in bed eating pizza and watching TV. The medical doctors never found what was wrong with him.

This is one of many miracles I witnessed in my early years of chiropractic. As time went on I noticed that it was getting harder and harder to get and keep people well through chiropractic alone. I also noticed my health was changing. I was overweight, tired and I lost my hair. I was doing everything I was told to do to stay healthy. I was exercising, eating right (I thought), and getting my chiropractic adjustments. I wasn’t healthy. At that moment I knew two things: 1) something in the environment had changed 2) I was missing a piece of the puzzle to keep people healthy.

I went on a quest to find the piece of the puzzle that I was missing. What I discovered was there were other doctors with similar experiences as mine. They noticed people weren’t getting well like they once did. In 1986, three to four chiropractic treatments and the person was doing well. Now 10-15, 20-25 treatments and the symptoms did not go away, they still persisted.

Like the lady that was on anti-depressants, overweight, and couldn’t concentrate, she’s now happy and functioning well at work and home. Or the person who had pain in both feet that was unable to walk in the morning for six years was now pain-free.

Headaches Got You Off Your Game?

Get Back to Business With Whole Foods Solutions

Get Back to Business With Whole Foods Solutions